About gaming avatars in nutshell

"Looking at an avatar you are unconsciously making assumptions about their owner."

While doing our research, we noticed that there are barely any articles mentioning this topic, the ones we could find were suggesting to make avatars ourselves, with various online avatar generators. Browsing through these, left us with more confidence that there’s a need for high quality cartoon avatars, since these cheap generators produced awful avatars. Using one of these is ill advised, since you are associated with the qualities of your avatar and by getting one that just looks absolutely atrocious, you’ll end up being associated with negative qualities.

Looking at an avatar you are unconsciously making assumption about their owners. By being unique you ensure that you are not linked with something that you don’t want to be associated with, which might happen if you use the same avatar as others, or use the before mentioned generators.

The next most obvious thing after avatar generators, would be using a picture of yourself. We think that wouldn’t be a good idea. Gaming can be frustrating, and can bring out the worst of you. This is because the competitive nature of some games can turn the environment toxic, and revealing your identity, with a picture of yourself is something we strongly advise against.

Another option is to use a picture of your character as your avatar, but that can lead to duplicates, which as we mentioned earlier is not the best idea. An alternative option is turning yourself into a video game character with the help of an artist. This way you can preserve your individuality, and represent the game, or character at the same time. 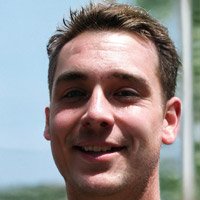